Girls Who Code: How to Recruit More Women in Tech

Girls Who Code: How to Recruit More Women in Tech

The tech industry is among the largest and fastest-growing industries in the world. As the industry booms, so does the demand for tech talent, but the women in tech, or the lack thereof, has remained constant over the years.

The tech sector is largely dominated by white males. Compared to the rest of the private sector, the tech sector employed 63.5 to 68.5 percent whites and 36 to 48 percent of women. In the high-tech executive category, about 80% are men and only 20% are women.

In this article, we will discuss the reasons why there’s a huge gender gap in the tech sector and how you can recruit more women in tech.

To hire more women in tech, the first step in the way is to optimize your recruitment process. The process starts with posting a job description to attract candidates. Job descriptions have a massive impact on who will apply for the position. If you want to attract the female workforce, then speak their language. For example, instead of using words like “assertive”, “ competitive”, and “dominant”, use words such as “motivated” “creative”, and “hard-working”.

2. Use AI, but Beware of Prejudice

Additionally, beware of depending on AI in the recruitment process. Evidently, AI is replicating human biases in recruitment. According to a Reuters report, Amazon scrapped a recruitment tool that favored men over women. AI is as good as the data, and traditionally, companies were inclined towards hiring more men. If you want to use AI and machine learning to optimize your recruitment process, make sure that the data you feed is not biased.

A 2015 study on how quickly interviewers reach decisions showed that 69.9% of the decisions were made sometime after five minutes of the interview. In a world where the pay gap still exists, and people are reluctant to hire and promote women, it’s tough to prove gender bias.

In a Yale study of 2012, for a lab manager position, half the applications presented to the scientist had a male name attached and half had female names attached to them. Results showed that compared to the “male” applicants, “female” applicants were rated significantly lower in terms of competence, probability of hiring, and whether the scientist was willing to mentor the student.

Conducting blind interviews is a great way to reduce bias. That involves removing the candidates’ names and identifying information from their applications. That way the recruiter can make a decision objectively and result in a much fairer consideration.

The gender pay gap is one of the biggest obstacles that are preventing women from choosing a career in tech. A survey report on women in tech shows that almost 78% of large organizations admitted to having a pay gap where men make more money than women. Things improved when it became a regulation that organizations with over 250 employees produce a gender pay gap report. Tech companies such as Facebook, Google, Amazon, and Apple are closing the pay gap between men and women. To attract more women, it’s important to promote equal pay and show them that you do not discriminate.

On the other hand, tech companies aren’t giving women, specifically mothers, the flexibility they need to pursue a career and raise a family at the same time. It’s important to remember that no matter how young and hip your current workforce is, they are bound to start a family at some point. To hire and retain female tech workers, revisit your family-friendly policies. Anything from daycare to a place where a new mother can nurse their child, and parental leave can make moms feel like a valued and respected part of the company.

A survey report on women in technology outlined that lack of mentors is the top barrier experienced by women in tech, closely followed by lack of female role models. Starting mentorship programs and encouraging women to participate can help educate and nurture the next generation of amazing coders. Investing in mentorship programs shows that you’re invested in seeing your employees grow and excel professionally.

Hiring More Women in Tech: The Change Starts from the Top

Hiring women in tech gets more challenging when you don’t have women in leadership positions. Seeing another woman leader shows potential female recruits that also have a future with your company. If you want a diverse workforce, then start from the top. Make your leadership diverse and include at least one woman in the recruitment process. 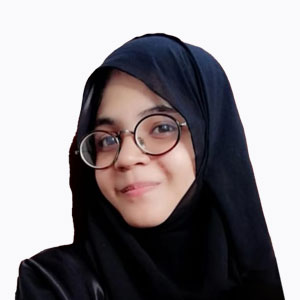 About the Author: Noor-ul-Anam Ruqayya

Noor-ul-Anam Ruqayya is a software engineer that also has a passion for writing well-researched, SEO-optimized, and engaging content for a wide range of industries. She has been writing long-form content for the talent acquisition industry since 2020 and has created multiple top-ranking articles.

Talent Acquisition in a Remote World: It’s Here to Stay

Given the recent widespread adoption of remote work, how will talent acquisition change? Learn how to attract and engage remote talent.

Recruiting tech talent is not always easy. Learn all about common mistakes to avoid and ensure a great hiring process.

Learn the Tech or Lose the Talent: Understanding Specialized Skills

Get to know why tech recruiters need to stay up-to-date, to ensure they better manage candidates with highly specialized skills.

Schedule a consultation with one of our Global RPO Solution experts to connect with the talent you need in the location you want.